Why don’t milk cans need to be refrigerated? 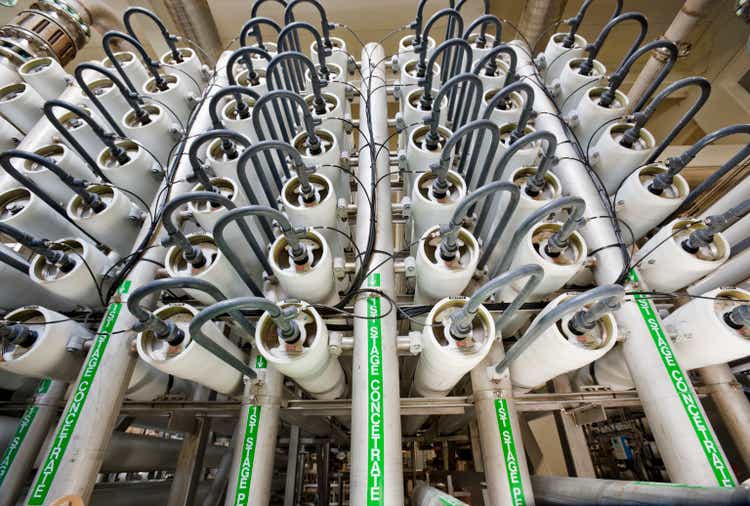 Russia’s ability to transport temperature-controlled goods is at risk and could soon face a significant decrease, due to a lack of refrigerated containers (reefers) caused by the sanctions against the country following its invasion from Ukraine.

Authorities are trying to avert a crisis by eliminating all tariffs on imported reefer containers and pushing to increase domestic production – but these efforts may be insufficient to avert a crisis.

Seafood is particularly vulnerable to the availability of chilled products, even compared to other food categories. About 75% of Russia’s five million metric tons (MT) annual catch is harvested about 6,000 kilometers from the region where the majority of the population lives. The result is that for domestically caught seafood to have a domestic market, it must be shipped across the country – which is usually done by rail.

These seafood all have to be transported in refrigerated containers, and the CEO of the logistics company Taskor-21, Vitaly Momot, said in an interview with Vedomosti that Russian transport operators need around 1,500 new units. refrigerators every year, but there are fears that will not be satisfied. .

In the spring of 2022, the Food Industry Enterprises Association (FIEA) contacted Russian Prime Minister Mikhail Mishustin to report an impending shortage of reefers. While the total number of containers still covers industry needs, the association said a capacity shortage was starting to appear on some routes – and is expected to worsen.

The expected future shortage stems from two main factors. In 2020, new regulations were enacted by the Russian government regarding approval procedures for new reefers. The new rules require a container from an overseas order to be imported to Russia for a control test. If the control test is passed, the entire shipment will be certified and allowed to enter the country.

In practice, this means that a manufacturer and customer run the risk of having a whole shipment of finished reefers, often dozens, not certified for Russian use.

The challenge was present, but did not cause problems, until the start of Russia’s invasion of Ukraine. Shortly after the invasion, several major shipping companies – including the top three Maersk, CMA CGM and MSC – all shut down their operations in Russia. Coupled with regulation, the exodus has dealt a blow to the availability of reefers.

Other factors also come into play. Fluctuations in exchange rates between the ruble and other currencies, as well as a spike in the cost of Freon used for reefer ships, have contributed to tight supplies.

“All of these challenges can stop the transportation of temperature-controlled goods in Russia, including imports and exports,” the FIEA letter reads, Kommersant reported.

The authorities reacted quickly to try to counter the potential shortage. As of July 1, a previous 10% import duty on all reefer vessels has been suspended until July 2024 – a measure proposed by the FIEA and seafood industry trade organizations which has also was supported by the Russian Federal Fisheries Agency. Since a reefer with an external power supply can cost US$20,000 (€19,971) and a stand-alone reefer can cost up to US$50,000 (€49,929), removing import duties represents significant savings.

“The decision to remove import duties will allow the equipment to be purchased abroad and will create the conditions for developing reefer manufacturing in Russia. This will effectively solve the shortage of containers for fishing logistics,” said said the chairman of the Primorye Fisheries Association, Georgiy Martynov, in a statement posted on the association’s website.

The government is also trying to boost domestic reefer production in Russia. Efforts to revive local manufacturing began a few years ago, when the Russian Ministry of Industry and Trade issued a tender for the design of a new reefer.

The tender was awarded to the Omsktransmash company based in Omsk. In April, Omsktransmash project manager Ivan Tselousov told the press that he planned to start production in 2023, starting with a production of 300 units per year and increasing to 500 containers per year at the end of the year. ‘coming. Currently, four prototype models are being tested.

Other manufacturers are also considering making reefers. CHTZ-Uraltrak, based in Chelyabinsk, has announced its intention to enter the segment, although it did not specify what it expects from its production. In addition, the (Don Mechanical Plant) announced in July that it had successfully completed four-year trials of its refrigeration units and expected to be able to manufacture 120 units per year.

However, between Omsktransmash’s expected maximum production of 500 containers per year, Donskoy Mechanicheskiy Zavod’s 120 units and an unknown amount of CHTZ-Uraltrak; the industry is likely to fall well short of the 1,500 reefers needed each year.