Should you help Hakon or leave him in Dying Light 2?

Donald Martin July 3, 2022 Ventilation Comments Off on Should you help Hakon or leave him in Dying Light 2? 6 Views

Dying Light 2The main storyline of is full of critical decisions. It will be up to you whether you want to be a good soul and help people without asking anything in return or be a hothead and act first without asking questions. Be careful, because some of the decisions you make in this game can impact the fate of the town and its people.

GAME VIDEO OF THE DAY

RELATED: Dying Light 2: How To Unlock The Flying Broom

Early in the game, while you’re still stuck in Old Villedor, you’ll have to decide whether to side with the Peacekeepers or aid the Bazaarians. If you choose the Peacekeepers route, you’ll find yourself in the subway tunnels trying to reach the center during the “Into The Dark” story quest.

How to Start the “Into The Dark” Story Quest

At the end of “Water Tower”, a main storyline quest where Aiden takes over the water tower from Jack and Joe, you must Decide between assigning the tower to Bazaars or Peacekeepers.

This decision is crucial because it will change the scenario of the main quest you are in. If you choose peacekeepers, you will be on their side, thus starting the main story mission “Into the Dark”. However, if you choose The Bazaarians, you will play another story mission instead, “Revolution”.

The first thing you need to do once this quest is active is to enter the subway tunnels and talk to the Peacekeeper guard to let you in. Then speak with Hakon once you’re inside.

Halfway through the tunnels, the ventilation system shuts down and you’ll need to find a way to turn them back on. To make matters worse, this area is filled with chemicals, which makes your immunity time very short.

This mission features areas full of chemicals and only a few UV lights, so you should pile on UV Shroomz, Immunity Boosters, and Medicine.

Turn on the ventilation panel

Follow the yellow marker and open the door with your GRE key. Once inside, turn right and proceed through the vents in the ventilation shaft. Keep moving forward following the yellow marker until you reach the room with the vent panel.

You’ll have to climb to get there, so turn around and use the metal ledge to gain height and jump to a big pipe with orange rings.

Something is not working, so Hakon suggests you go to the backup generator and try there. Drop all the way down into the flooded area and follow the marker until you reach another closed room. Use the GRE key and head inside to turn on the backup generator.

That won’t work either, so it’s time to schedule C: unplug all the lights to turn off one of the sections.

Running back to Hakon

As soon as Hakon disconnects the lights, you will have to run towards him. You need to move as fast as you can as the area is full of chemicals, and now there are no UV lamps to help ward off the infection.

You’ll have to climb up to the ventilation shaftfollow the yellow markings and use the pipes with the orange circles as edges to go up.

Once you reach the ventilation shaft, one of the fans will move very quickly, and you can’t pass that way; instead, jump on the metal ledge to your right, then on the monkey bars, turn around and jump again to keep going up.

Now keep following the yellow marker until you reach Hakon. You will find an infected couple along the way but don’t engage with them and keep running.

Talk to Hakon then follow him into the tunnels. Eventually, you will both be interrupted by a strange noise and you will be separated by a barrier.

Before you split up, this section of the game is relatively cold, so take your time and craft any consumables you might need, like medicine.

Shortly after the cutscene ends where Hakon leaves, the tunnel will be flooded with all types of Infected, like Runners, Spitters, and Normals.

The best you can do is never stay in one place for too long and kill the deadliest infected firstlike the runners or spitters above the wagons.

Your objective here is to survive until Anderson contacts you. Once she does, follow the yellow marker to get to the barrier and talk to her.

After speaking with Anderson, you will have to survive inside the tunnels a bit longer until she contacts you again. Once she does, run to her location and take the explosives she gives you.

Now that you have the explosives, follow the yellow marker and plant them. After they leave, exit through the newly opened door.

You will be out now, but your problems are far from over; Barney will intercept you and take you to an abandoned house. You will have a dialog option here, but the answer doesn’t matter because you will have to fight and kill Barney and his friends anyway.

After defeating Barney, loot the room and exit the building. Once outside, Anderson contacts you to ask for your help to get out of the elevator she is stuck in. You will have the choice to help him or not.

If you choose not to help him, you will go straight to the meeting with Hakon.

If you choose to help Anderson, head to the location marked on your map. Once there, you will need to manually connect the generators to power the elevator where Anderson is. The only problem is that the area is filled with infected, so you will need to secure it first before connecting a generator.

There are a few Goons in the area. These types of Infected are huge, slow, and cause a lot of damage, so use anything around, like spears and gas tanks, to take them down safely.

After powering up the elevator, Anderson will exit, but it’s too late. she has already turned around and you will have to kill her.

Aitor will contact you and explain what is happening. It turns out the bazaars blew up the windmill powering the Peacekeeper HQ, and the explosions blocked the tunnel that would have taken Aiden to the center, so now he has to find another way to get there.

After speaking with Aitor, Hakon will contact you to ask you to meet in an attic in Quarry’s End. Follow the yellow marker to reach its location.

After finding Hakon, an unseen sniper wounds him with a crossbow bolt. Aiden reaches out to see if he’s okay but notices a distinctive set of wounds on Hakon’s chest. One that could only be done with The Lazarus, Lucas’ weapon. That’s how you realize Hakon is the one who killed the Peacekeeper.

You will have two choices here:

This last choice is one of the most crucial decisions in the main storyline, it will change how the final moments of the game play out.

If you want to get one of the best endings, you have to help Hakon.

Upon completing the mission, you will receive the following rewards: 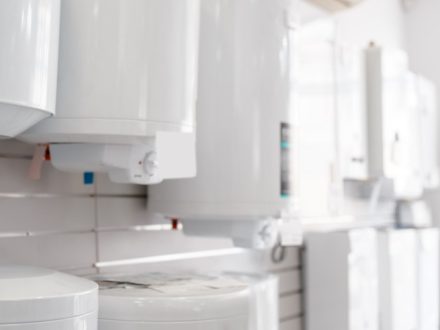