Bolthouse Farms Completes Acquisition of Evolution Fresh from Starbucks, Strengthening Its Leadership Position in the Juice and Chilled Beverage Categories

WASHINGTON – The Environmental Protection Agency announced today that it will release rules to accelerate the transition of super-pollutant hydrofluorocarbons (HFCs) in refrigeration, air conditioners, heat pumps, insulation and aerosols where more climate-friendly alternatives are available.

“Replacing hazardous HFCs in key products will give us a smooth and rapid transition to air conditioners, refrigerators, aerosols, insulation and other more climate-friendly products that Americans use every day, which will allow save money and energy for consumers, create new jobs and protect our climate and our health, â€said Christina Theodoridi, policy advocate in the NRDC’s Climate and Clean Energy program (Natural Resources Defense Council.)

The EPA’s action grants 11 petitions filed earlier this year by the NRDC and others. The petitions called on the agency to use the U.S. Innovation and Manufacturing Act (AIM) enacted in December 2020 to ward off key uses of HFCs, which pound for pound are warming the climate from hundreds to thousands of people. times more than carbon dioxide.

By accessing the petitions, the EPA agreed to propose and publish standards setting timeframes to end the use of current generation HFCs in specified products or applications. They will be replaced in many uses by alternatives without HFCs, and in other uses by less damaging HFCs. Rules must be finalized within two years.

These rules will complement EPA regulations aimed at gradually reducing the supply of HFCs, released in September. Today’s decision helps the United States meet the phase-down schedule by reducing the country’s dependence on HFCs.

A blog by Christina Theodoridi on EPA action today is here: https://www.nrdc.org/experts/christina-theodoridi/climate-friendlier-acs-and-other-products-are-way

The AIM Act requires the EPA to gradually reduce the production and import of HFCs by 85 percent over the next 15 years and ban uses of HFCs that have ready alternatives.

In April, the NRDC and other allies of the AIM Act filed petitions calling for major end-uses of HFCs to be phased out in a timely manner.

The petitioners seek to (1) reinstate a set of measures adopted by the EPA in 2015 and 2016 – â€œSNAP Rules 20 and 21,â€ designed to eliminate HFCs from car air conditioners and refrigeration, foams – which have technically challenged in federal court, and (2) adopt nationwide measures developed in California for air conditioning and related uses.

End uses covered by the petitions include cooling equipment such as commercial and residential refrigeration, air conditioning in cars and buildings, heat pumps, and other uses of HFCs such as aerosols and insulating foams. In addition to the NRDC, petitioning NGOs include the Environmental Investigation Agency and the Institute for Governance and Sustainable Development. A California-led coalition of states, along with industry trade groups such as the Air Conditioning, Heating, and Refrigeration Institute and the Home Appliance Manufacturers Association (AHAM), are part petitioners.

NRDC (Natural Resources Defense Council) is an international, non-profit environmental organization with more than 3 million members and online activists. Since 1970, our lawyers, scientists and other environmental specialists have worked to protect the world’s natural resources, public health and the environment. NRDC has offices in New York, Washington, DC, Los Angeles, San Francisco, Chicago, Bozeman, MT and Beijing. Visit us at www.nrdc.org and follow us on Twitter @NRDC. 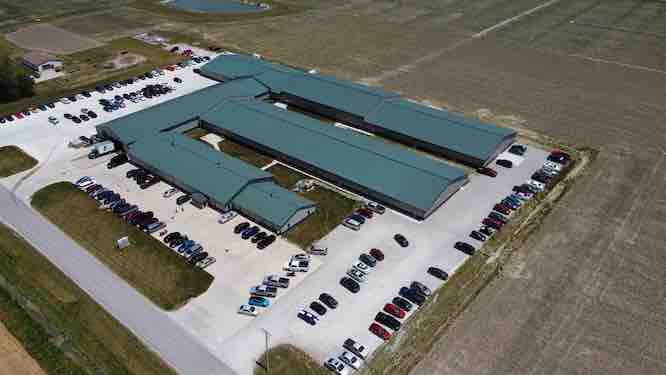 From: Angel Steiner What started as a humble family man who knew refrigeration units and …